The Star Rod is a legendary item that acts as the power source of the Fountain of Dreams. Kirby wields it as a weapon during his battle with Nightmare at the end of Kirby's Adventure. The Star Rod is considered to be a Copy Ability, but technically it isn't as Kirby doesn't need to inhale it to gain its power and Kirby does not gain a hat with this ability. It is a simple red and white swirled rod with a glowing star at the tip. Kirby cursor pack with Star Rod fanart cursor. 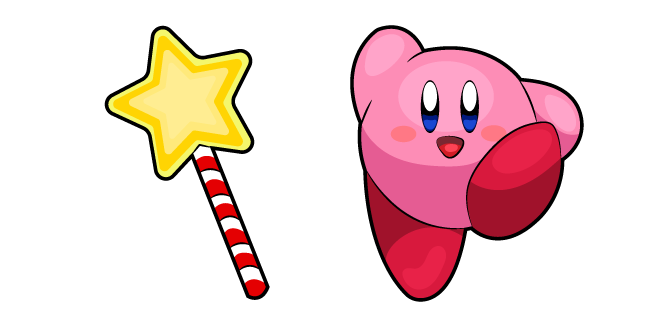