Our fanart Kirby cursor pack with Birdon game pointer introduces an enemy in the Kirby series, debuted in Kirby Super Star. He is a small parrot-like enemy known for his large blue eyes and wearing an aviator hat with goggles. Birdon features a bright, feathery mohawk and appears rather frequently in-game. This character is also the Wing Helper and gives the Wing ability when eaten. He also reappears as an enemy in Kirby: Triple Deluxe and Kirby Star Allies. 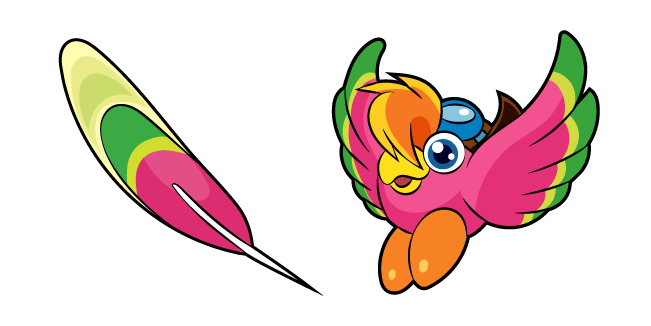