This young man with shoulder-length blond hair, light eyes, and a knitted cap with many five-pointed stars is called Johnny Joestar. He is the seventh Jojo in the fantasy anime series JoJo's Bizarre Adventure. He is a very determined ex-jockey who clings to his hope that he can use his legs again. Johnny Joestar has a stand Tusk, which comes in several forms called Acts. Tusk also has powers that are associated with supernatural phenomena. The JoJo cursor and anime pointer with Johnny Joestar and Tusk! 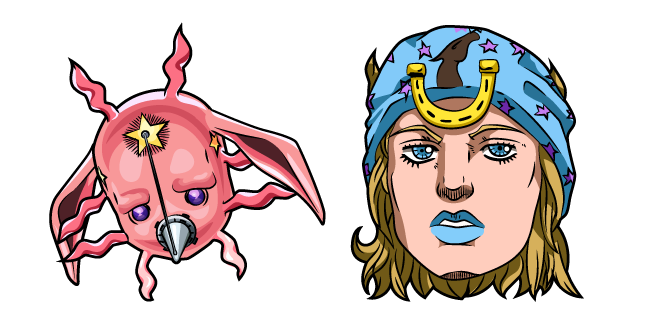