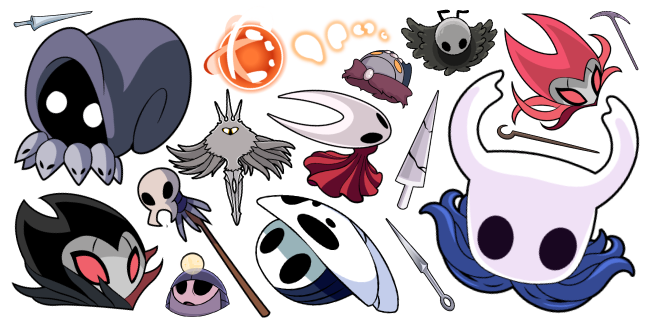 Hollow Knight is a 2D adventure game released by indie studio Team Cherry, that is built on the development of the character's capabilities, exploration of the world, and battles with a lot of opponents.

In this high-quality and incredibly atmospheric Metroidvania, the player takes on the role of a nameless silent knight, who sets out on an adventure to the long-abandoned kingdom of Hallownest. Sinking lower, the player discovers what is left of the previously prosperous kingdom and its inhabitants, who have undergone the Infection. Despite the fact that only ruins remain from the kingdom, each location is perfectly embellished by beautiful art and cool music, which combine to create their own atmosphere and mood.

Hollow Knight has several endings with different variations of final battles, a large number of secrets, interesting locations, and good items. Also, there are about 145 types of enemies in the game, each of which has its own unique features and abilities to fly, spit poison, transform, be torn to pieces, explode, and so on. Among them are Hollow Knight cursor with The Radiance, Soul Master and Orb Attack cursor for a mouse, game cursor named Hollow Knight Troupe Master Grimm.