The Radiance is a Higher Being of light, the secret final boss of the arcade adventure game Hollow Knight. The Radiance is the progenitor of The Moth Tribe, who venerated its creator. The Radiance has a feathery white body, two sparkling eyes, three thorns on the head, similar to a crown, also has several pairs of wings and legs, with all its appearance it resembles an angel and a moth at the same time. To fight in the battle with The Radiance, the Knight must awaken The Dream Nail and obtain The Void Heart. The game custom cursor with the boss The Radiance from the game Hollow Knight! 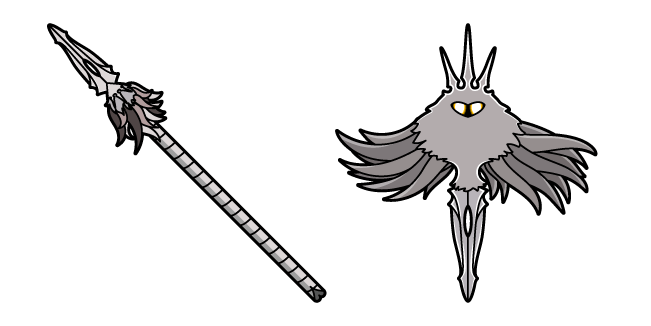