On the popular autumn holiday Thanksgiving Day, Macy's giant balloon parade is traditionally held. In this cool parade along the main streets of New York, columns of bright clowns, dressed up dancers, musicians, and inflated cartoon characters march. We didn't stand aside and made our own balloons with the famous baby character in the costume from the cartoon The Boss Baby and the superhero in the red costume named Red Titan from Ryan's World! The colorful holiday cursor and pointer Thanksgiving Parade Balloons Red Titan and Boss Baby! 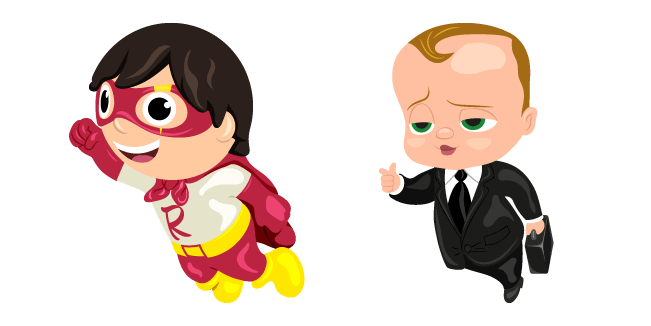