This young blonde man with blue boots and a small top hat is named Sven Svensson and he is a rocket pilot and a high-ranking member of the Toppat Clan in the series of exciting games Henry Stickmin. Sven Svensson is a very talkative, attentive, tired, and annoyed person who tries to create a welcoming and friendly personality, although he can leave anyone without hesitation. Sven also has a favorite weapon - a pistol. The game Henry Stickmin cursor for a mouse with Sven Svensson and Pistol! 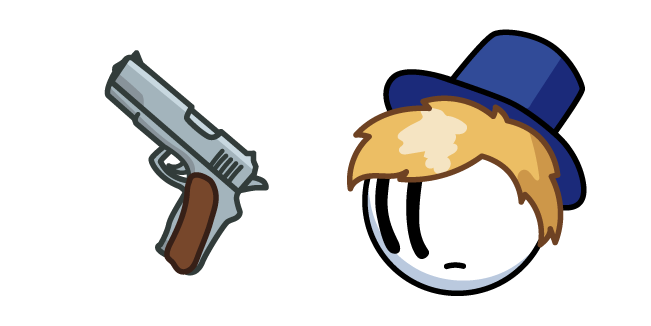