Another great Harry Potter character Neville Longbottom. At the time of his birth, Neville was marked by a prophecy as being one of two children with the potential to defeat Lord Voldemort, the most powerful and feared Dark Wizard in the world. However, Voldemort's first attempt to circumvent the prophecy by killing Neville's later friend and classmate Harry Potter, ultimately established Harry as Voldemort's nemesis. A Harry Potter cursor with Neville Longbottom. 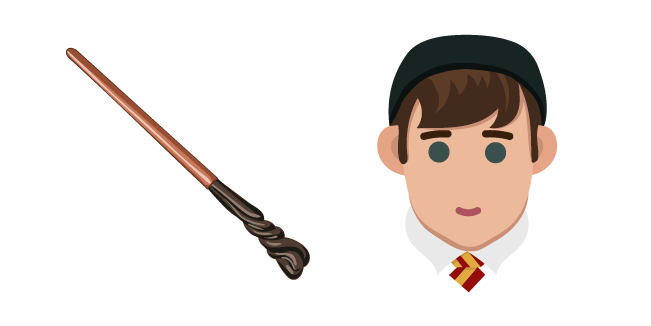