Did you know that Death with a scythe has a name? His name is Grim Reaper. It is believed that this character is from Middle Ages when was the world’s worst pandemic, the Black Death appeared as the result of the plague. Skeleton is a symbol of death, representing the human body after it has decayed. The robe is from religious figures that wore such robes conducting funerary services. The scythe is from agricultural practices - when humans die they are plucked from this earth just like harvest. Halloween cursor with Death and Scythe. 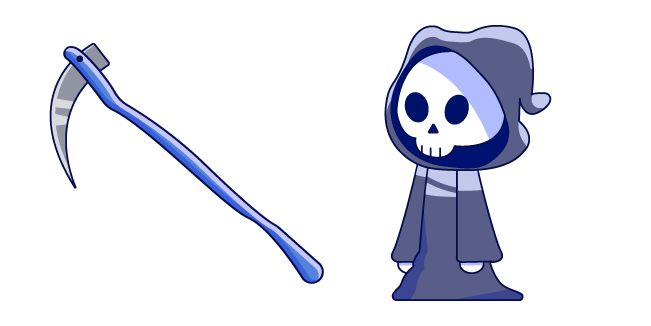