Reimu Hakurei is the main hero of the Touhou Project series by Team Shanghai Alice, a series of 2D vertically-scrolling danmaku shooting games. She has appeared in all the main games and in almost every game in the series. That's a girl with black hair and red bow. As the sole maiden of the Hakurei Shrine, she is commonly called upon to investigate strange occurrences throughout Gensokyo. Touhou Project cursor pack with fanart Reimu Hakurei game cursor. 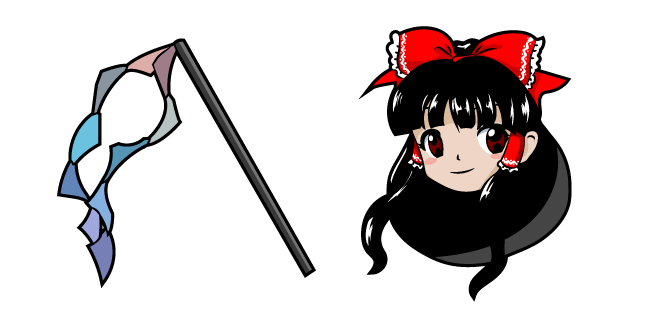