Experiment-1006, mainly known as Huggy Wuggy is a major antagonist of Poppy Playtime, a survival horror video game by indie developer MOB Games. Where the player plays as a former employee who is revisiting an abandoned toy factory previously owned by the game's in-universe company Playtime Co. There you navigate through a first-person perspective and must solve puzzles, some requiring a gadget named the GrabPack to progress further while avoiding various enemies. Poppy Playtime fanart cursor with Huggy Wuggy. 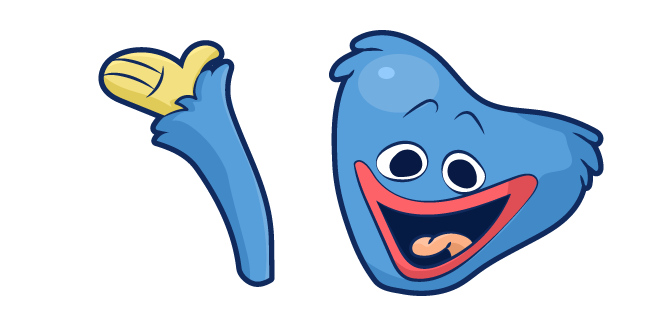 A Hat in Time DJ Grooves and Microphone Curseur