Boogie Bot is a toy produced by Playtime Co. that debuted in Chapter 1: A Tight Squeeze of Poppy Playtime. He is a small green robot with a large head. He is amongst the cutest robots in the Playtime Co. universe and our fanart Poppy Playtime Boogie Bot cursor pack. He features conveyors for legs and robotic claws for fingers. This character doesn't have a mouth, but it is replaced by a speaker on his chest. His limbs are held on bendable iron wires, and the ears are made in the form of darker circles. 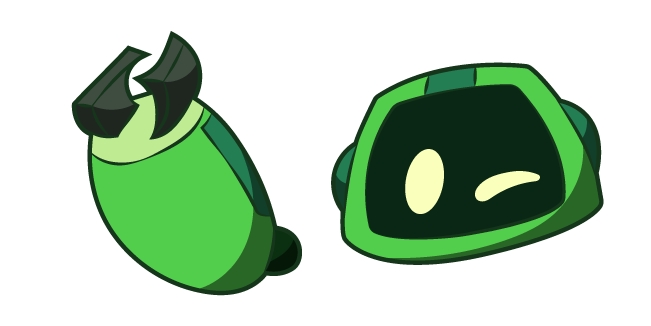