The female character from our fanart PaRappa the Rapper Ma-san cursor pack, also known as Mar and named Miss MA in the PaRappa The Rapper 2, is the drummer of MilkCan, depicted as a little mouse wearing a cocktail dress with a stick of dynamite on her head. Despite her small size, this character is quite strong. She is generally pessimistic and speaks in gibberish. She is a bookworm who spends most of her time on favorite subjects like mysticism and economics, while her father owns a local pharmacy. 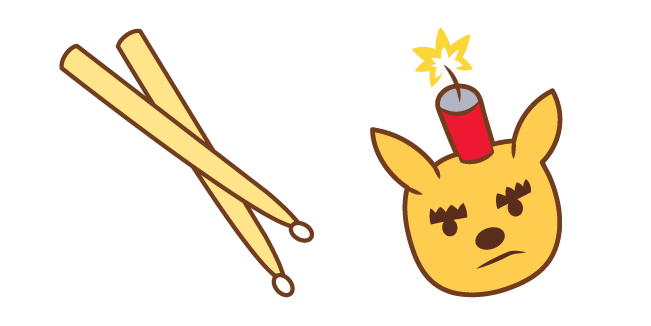 The World Ends with You Shiki Misaki and Mr. Mew Curseur

A Hat in Time Mustache Girl and Time Pieces Curseur