The King of Sorrow is presented as the hidden true main antagonist of Klonoa 2: Lunatea's Veil. According to his name, he is the ruler of the Kingdom of Sorrow, the fifth kingdom of Lunatea that was hidden away from the world when it refused to accept sorrow. His physical appearance is similar to Klonoa's original design, but he is blue-white colored, mostly unclothed, and wears a goldish-brown collar with two scarf-like threads coming down past his feet. Klonoa cursor pack with fanart game pointer King of Sorrow. 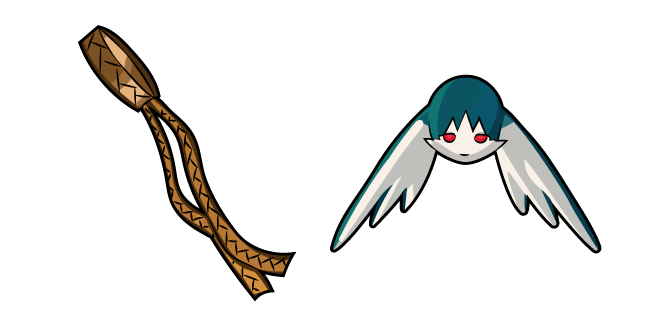