Ventus or Ven is one of the main characters in Kingdom Hearts Birth by Sleep. His weapon is a Keyblade, which he wielded before Sora and became a student to both Master Xehanort and Master Eraqus. His best friends are Terra and Aqua, he is the youngest in this trio. Even though his homeworld is Daybreak Town, but he lives in the Land of Departure. Ven's heart was severely damaged by the creation of his dark counterpart, Vanitas. Game cursor with Kingdom Hearts Ventus. 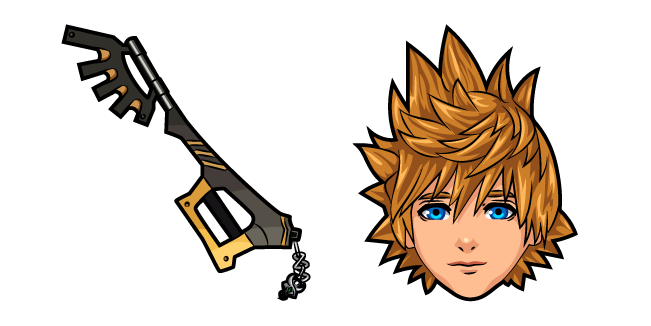 Ori and the Blind Forest Naru and Fruits Curseur