Captain Manly Beard aka Captain Rainbow Beard or Darth crangdossk - is the captain of Pirates in The Fancy Pants Adventures for Consoles and The Fancy Pants Adventures World 3, and is the boss of both games. He has his own ship in Pirate Cove and his emotions are always expressed through the faces on his hat. As you can see, right now Captain is sad, because you haven't added game cursor with FPA Captain Manly Beard and Apple Juice. 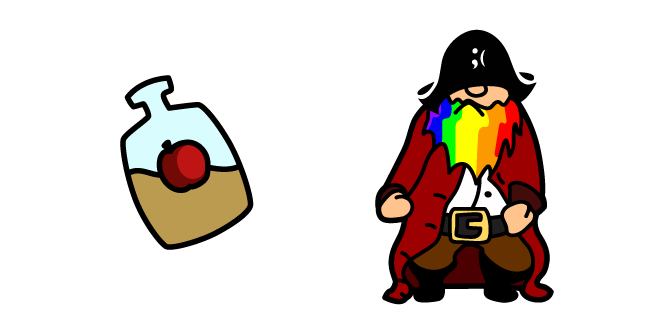 Population One PJ and Banana Curseur