King is an NPC ally and also one of the 31 Playable Characters, whose magical attacks are Non-Elemental, and his starting weapon is the King's Mace. The specialties of this NPC include unparalleled healing capabilities, which makes King preferable in multiplayer games. He has thick white eyebrows, a grown white beard, a modified crown to suit his monarchic appearance, and puffy clothing with dots. Fanart Castle Crashers cursor pack with King. 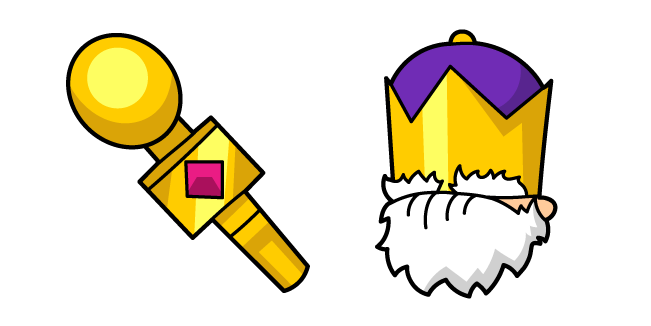