This poorly modeled character with red lips and a bald head is named Baldi and he is the main character in the surreal and entertaining indie game series Baldi's Basics. Baldi is the main teacher at the Schoolhouse who loves mathematics, wears a green sweater, blue jeans, and a long ruler with which he slaps the hands of children. In the beginning, he is calm and friendly, but later in the game, Baldi becomes angry, mentally unstable, and cold-blooded. The game cursor from Baldi's Basics with Baldi and Ruler! 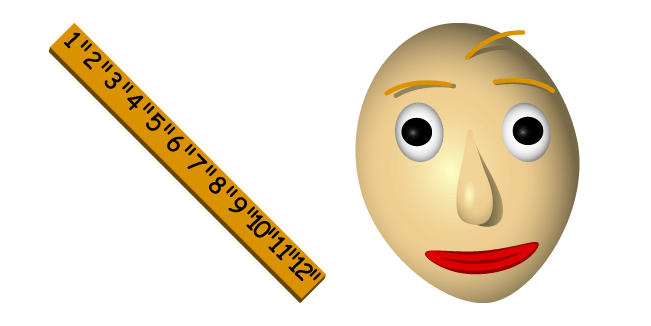