Nerd Cat is a Super Rare Cat that can be unlocked by playing the Rare Cat Capsule and evolves into Hacker Cat at level 10, which later also evolves into Cyberpunk Cat. This Form increases attack power and slows non-Metal enemies. Nerd Cat has Single Target attacks with mediocre damage, but has a more effective range than the other two forms, making it able to cheese certain stages by using the enemy limit. The Battle Cats cursor pack with fanart Nerd Cat game cursor. 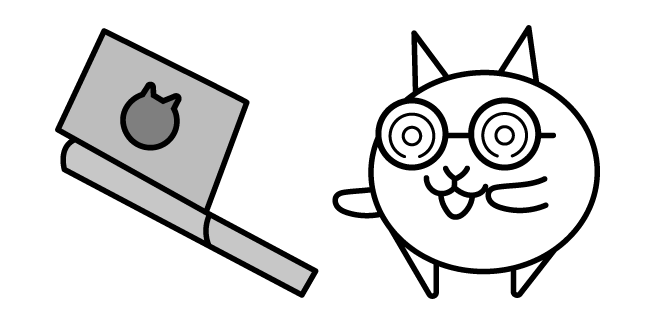