1chi is a character that appears in Gacha Resort, Gacha Life, and Meme Gacha. He also appears as several playable battle units in Gacha Club and is known for breaking the fourth wall many times. His look consists of messy white-red hair swept to one side to cover one of his red eyes and fair skin. But 1chi's hair used to be dark-red before he tried to dye it. His favorite 3-star gift is Sheepy - cute little white sheep. Gacha Life cursor with 1chi and Sheepy. 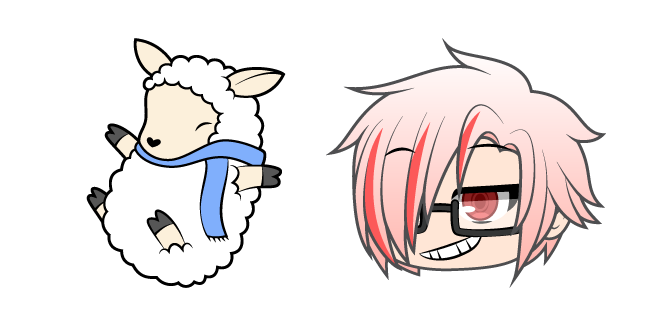