Little Man is a small guy occurring in Bob's Onslaught mod and the Little Man 2 mod. He is a pro Clash of Clans gamer and fluent in Glass Breaking language. This strange character has the ability to transform his voice into any kind of meme. He is depicted as a small, white, simplistic man with a long unibrow with its center facing down and holding a small gray microphone. Friday Night Funkin' cursor pack with fanart Little Man game cursor. 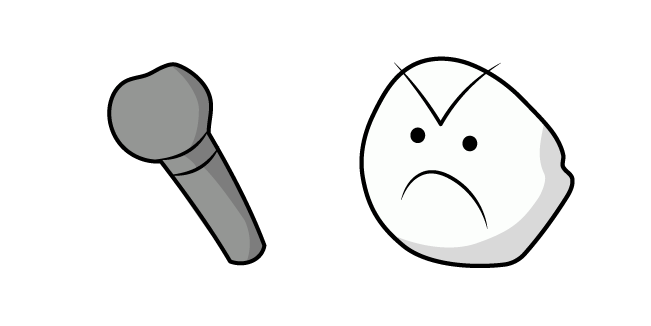