Kool-Aid Man is an official mascot of the Kool-Aid brand, and he is well known for busting thru the walls with his catchphrase Oh Yeah!. Kool-Aid Man appeared on TV and Printed ads as a fun-loving, giant pitcher, filled with a flavored drink mix Cherry Kool-Aid. Rushing to the rescue of the children, smashing though walls and furnishes while holding a pitcher of Kool-Aid to save them from thirsties! A fanart Kool-Aid Man cursor! 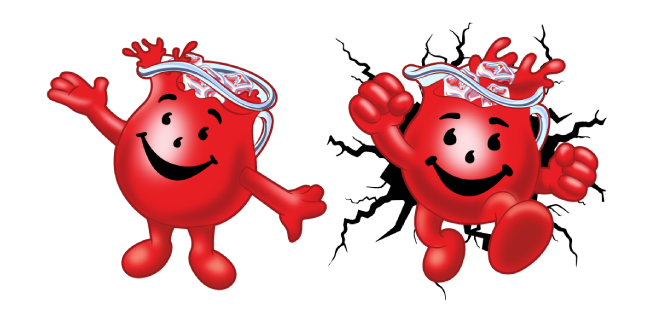