Marshawn Terrell Lynch is a former American football running back player who was in the National Football League for 12 seasons. After he got retired, Lynch decided to become a part-owner of the FCF Beasts. Interesting fact, nicknamed Beast Mode for his powerful running style, he spent the majority of his career with the Seattle Seahawks. He has a that started when he was in high school - eating Skittles during games. Famous People cursor pack with Marshawn Lynch cursor. 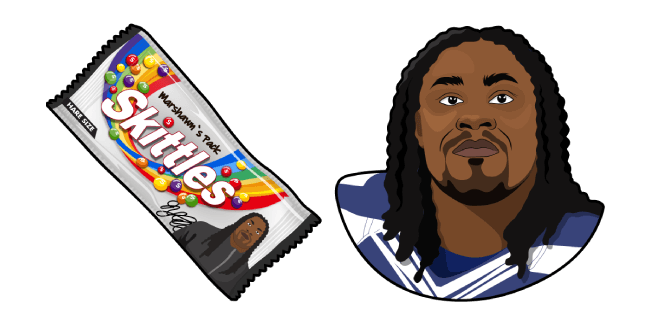