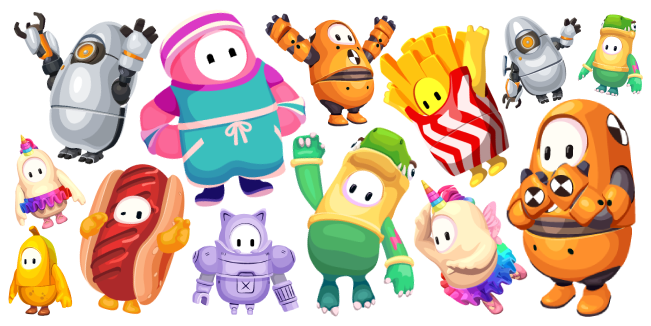 Fall Guys: Ultimate Knockout is a massively multiplayer online game in a platformer, battle royale, and arcade genre in which you control cute jelly bean-like creatures.

Fall Guys players compete against each other in a series of challenges that can include teamwork, running to the finish line at the end of the map, or playing Tail Tag round with other players. Your funny characters can only jump, run and grab other participants with their hands. The object of the game is to successfully complete each mini-game where a large number of obstacles appear for added difficulty.

Fall Guys Among Us Costume Curseur