Luca Paguro is a 13-year-old sea monster who is interested in the world above the sea, so he escapes to an Italian city and lives a farming life in the popular cartoon by Disney and Pixar. Luca is a very kind, sincere, inventive, and curious guy who loves to eat gelato ice cream. As a sea creature, he has improved swimming skills and can transform into a human when dry. The Disney cursor and cartoon pointer with Luca Paguro and Gelato Ice Cream! 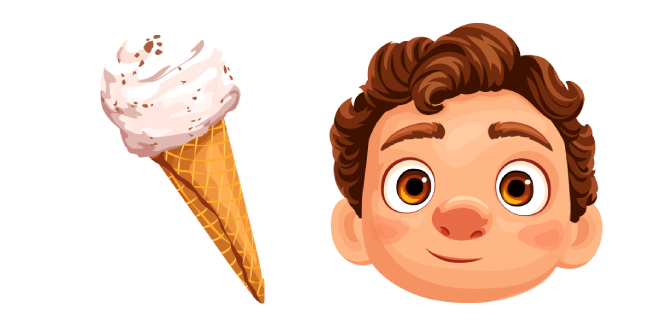 Lady and the Tramp Lady and Collar Curseur

Star vs. the Forces of Evil Star Butterfly Curseur