This duck in a purple jacket, big hat, mask, and the cape is called Darkwing Duck and he is the main crime fighter in the Disney animated series Darkwing Duck. The superhero Darkwing Duck is actually the secret identity of the common citizen Drake Mallard, who fights the villains and defeats them. Darkwing Duck doesn't have superpowers, but he has a superweapon in the form of a gas gun that shoots not only gas but also various other bullets! The Disney cartoon cursor for a mouse with Darkwing Duck and Gun! 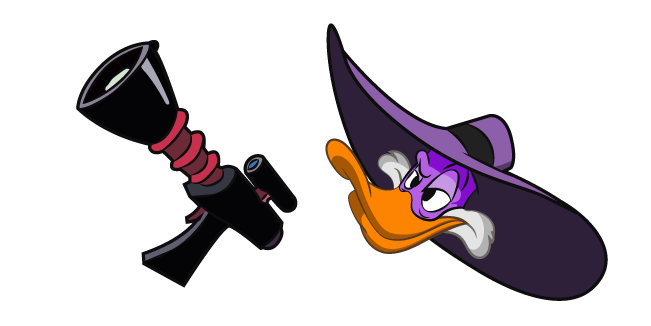