Sasha Elizabeth Waybright is the main character in Amphibia, serving as the main antagonist during the first season, a supporting antagonist/anti-hero in the second season, and the main character in the third season. She is Anne and Marcy's friend who was captured by Grime and eventually became his new lieutenant after she proved her prowess in battle. Despite her manipulative and bossy nature, she does care about her friends. Fanart Amphibia cursor pack with Sasha Waybright. 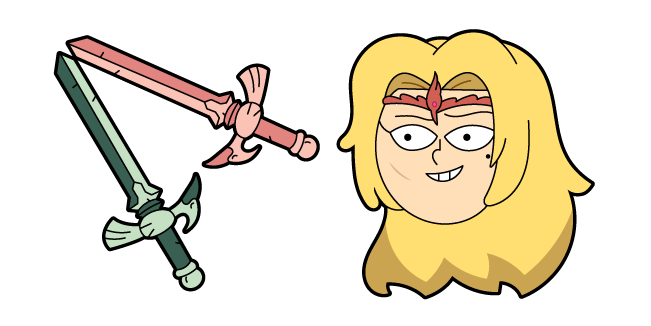 Star vs. the Forces of Evil Marco Diaz Curseur

Alice in Wonderland and Bottle Curseur