Our Cute Thor cursor pack features Thor Odinson, the God of Thunder portrayed by Chris Hemsworth in the Marvel Cinematic Universe, based on the Marvel Comics character of the same name and the Norse mythological god Thor. In the MCU, he is characterized as one of the strongest Asgardians, an ancient alien civilization with long ties to Earth, which humans consider to be gods. Thor has a mighty hammer called Mjolnir, which he loves, as you can notice in Thor: Love and Thunder. 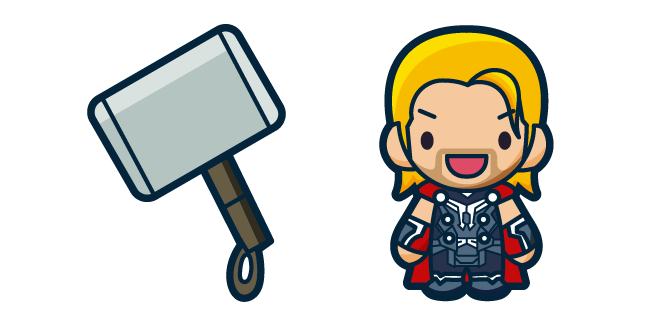