Do you think it's moving? But it's still. Optical illusion, which is also called visual illusion is an illusion caused by the visual system and characterized by a visual percept that arguably appears to differ from reality. It's cool, but be cautious, if you look at it for a very long time, you can get nausea. But still, it will be a great addition to your Desktop as a Starter cursor with a green-blue Optical Illusion. 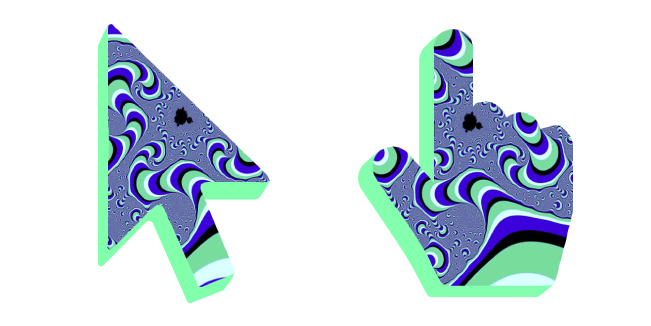