Balloons are the enemies that appear in the Funfair Fever of Inkwell Isle Two. The blue one is male with dot-like eyes, a round nose, and a bucktooth. The pink one is a girl with lipstick, a button nose, and big eyes with large eyelashes. The pink balloon can be parried, but she won't be defeated, instead, she is used to give the player an extra push and she is one of the easiest ways to earn the achievement by bouncing the ball. Cuphead cursor with Balloons game pointer. 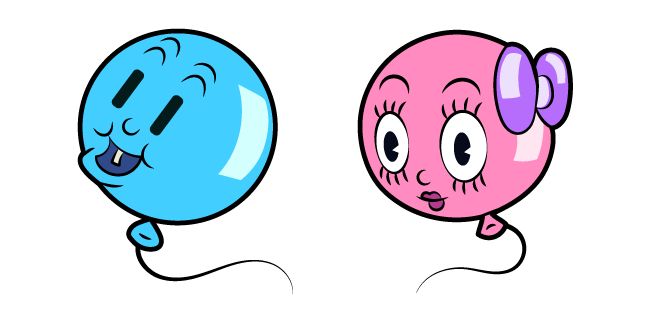