Snoopy and Woodstock are two of the most loyal friends and heroes of the comic book series Peanuts, which was created by Charles M. Schulz. Snoopy is a white dog of the Beagle breed, a book lover and writer, pilot, and reads the book War and Peace at a rate of one word a day. Woodstock first appeared when a mother bird built a nest on Snoopy's belly. Woodstock doesn't speak but thinks of Snoopy as a trustworthy and true friend, and it's interesting that Woodstock is named after the 1969 New York State Music Festival. The cute comic cursor in the form of the best friends Snoopy and Woodstock! 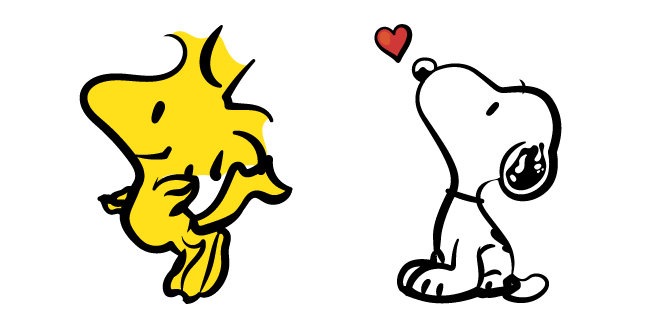 Cat in the Hat and Green Umbrella Curseur

Frosty The Snowman and Broom Curseur