Molly is a Dog Man character who appears in Fetch-22, Grime and Punishment, and Mothering Heights. She is a pale green tadpole with mind powers, being the youngest of the Psychokinetic Tadpoles. Molly is depicted as very kind and silly at the same time. But she also can be stubborn and annoying, even though only occasionally. Molly also doesn't seem to understand sarcasm. Dog Man cursor pack with fanart comics cursor Molly and Mecha Molly. 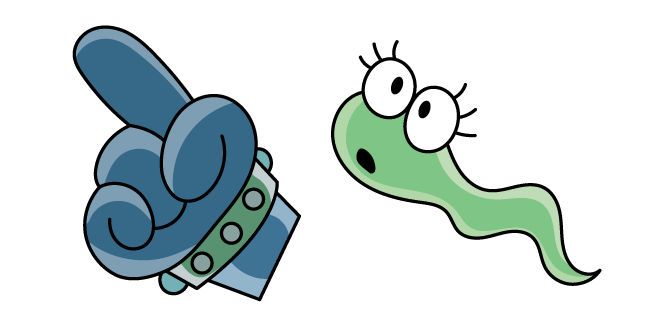 Frosty The Snowman and Broom Curseur

Jack and the Beanstalk Beans and Beanstalk Curseur

Cat in the Hat and Green Umbrella Curseur