This chubby guy with black eyes and blonde hair is named Owen and he is a character in the hilarious animated series Total Drama, as well as a finalist in Total Drama Island. By nature, Owen is a very cheerful, friendly, optimistic, passionate, and huggable person who wears a big white T-shirt with a Canadian Maple Leaf print. Owen's three biggest loves are having a good time, eating, and passing a large amount of gas. The cartoon cursor for a mouse from Total Drama with Owen and Maple Leaf! 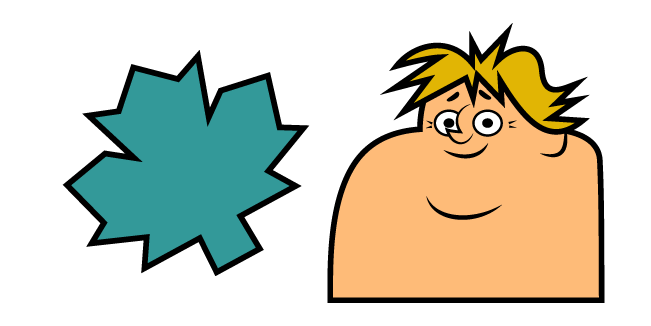