This skinny guy with freckles, red hair, and big ears is called Harold and he is a character in the comedy animated series Total Drama. He wears dark green pants, glasses, and a blue sweater with a hamburger picture. Harold is resourceful and awkward, prides himself on his hobbies and skills, knows several foreign languages, and also loves role-playing games. Interestingly, the full name of this guy is Harold Norbert Cheever Doris McGrady V. The cartoon cursor for a mouse from Total Drama with Harold and his Hamburger! 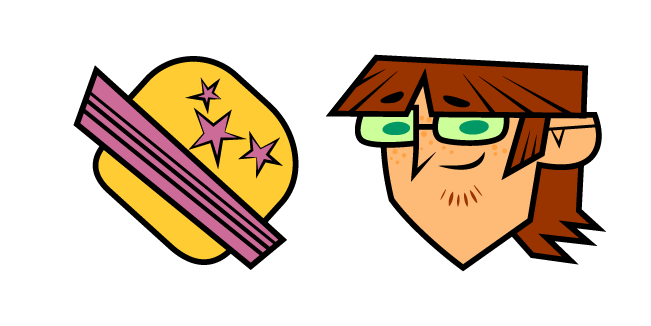