This bad boy with teal eyes, black hair, and a lime green mohawk is called Duncan and he is a character from the hilarious animated series Total Drama. Duncan is a very cool, crafty juvenile delinquent who grew up in a family of police officers. Duncan loves to break the rules, make fun of other contestants, but at heart, he is actually a good person. Duncan is also able to play the guitar, which allows him to become a member of Der Schnitzel Kickers. The cartoon cursor for a mouse from Total Drama with Duncan and Guitar! 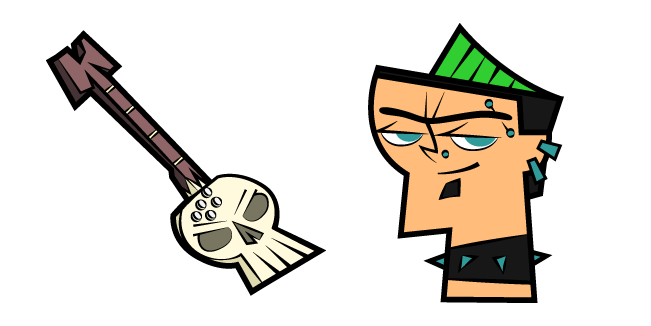