Michelangelo aka Mike or Mikey is one of the four main characters of the Teenage Mutant Ninja Turtles, which is usually depicted wearing an orange eye mask. He is the most naturally skilled of the four brothers but prefers to have a good time rather than train. He is shown to be rather immature, known for his wisecracks, love of skateboarding, witty optimism, and, like his brothers, love of pizza. Teenage Mutant Ninja Turtles fan art cursor pack with Michelangelo. 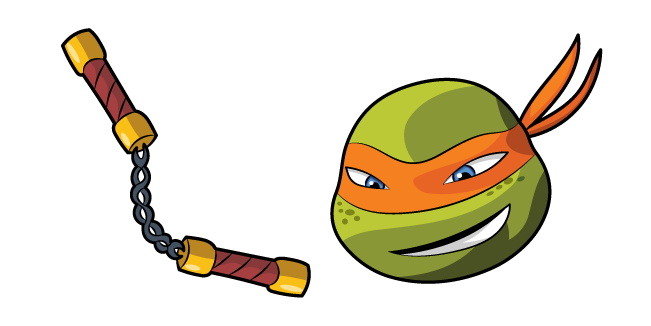 Cloudy with a Chance of Meatballs Flint and FLDSMDFR Curseur

The Amazing World of Gumball Curseur