Welcome the Pink Panther, a fictional animated character, the humanoid panther who appeared in the opening and closing credit scenes of every film in The Pink Panther series except for A Shot in the Dark and Inspector Clouseau. In the storyline of the original film, the Pink Panther was the name of a valuable pink diamond named for a flaw that showed a figure of a springing panther. Cartoon cursor with Pink Panther pointer. 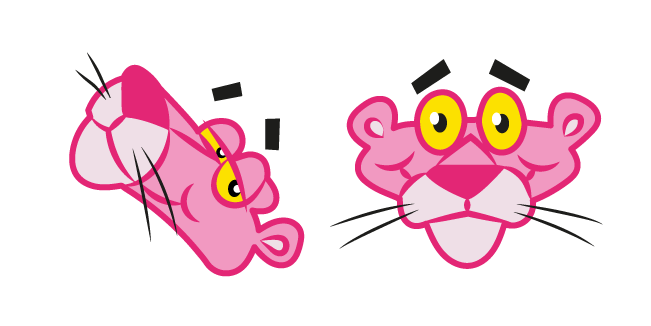 Over The Garden Wall Gregory and Frog Curseur