Rarity is a Unicorn pony who runs the Carousel Boutique, which is primarily run in Ponyville but has an additional location in Canterlot called the Canterlot Carousel. Rarity is passionate about fashion and style and as such uses her Unicorn magic in order to sew clothing for her boutiques. That's why we prepared for you this cute Rarity cursors pack. An interesting fact that My Little pony was created inspired by real-life ponies, who were treated by the cartoon Creator's father. Then it became one of the most famous cartoons. So, add My Little pony cursor pack to join the cartoon action! 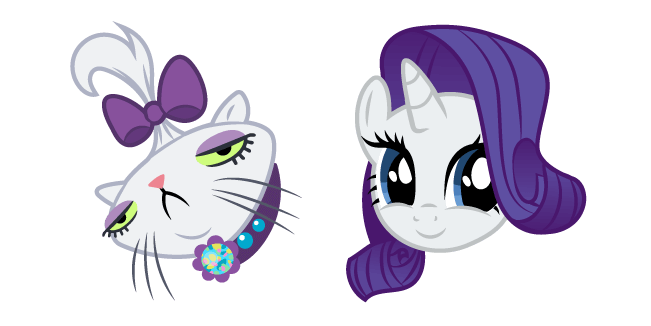