El Tigre or El Tigre II is the half superhero and half supervillain form of Manny Rivera from El Tigre: The Adventures of Manny Rivera Nickelodeon cartoon. The main character has used his El Tigre powers to be a hero, so he could stop supervillains. Manny's physical appearance doesn't change a lot when he's El Tigre. His brown eyes turn green and he gains a tiger tail. He wears a brown mask that has white furry sideburns, tiger-like ears, and a letter T on the forehead. Cartoons cursor with El Tigre II. 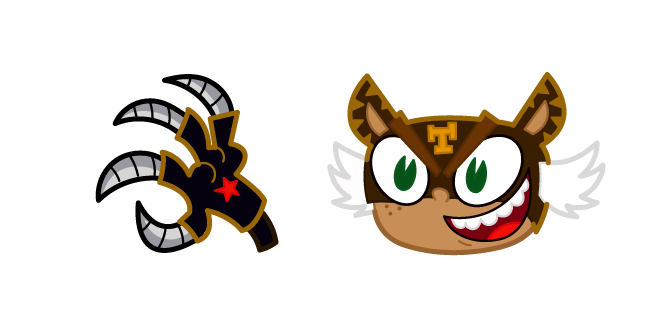 Cloudy with a Chance of Meatballs Cheespider Curseur

The Amazing World of Gumball Curseur