This anthropomorphic basset hound is called Droopy and he is a famous cartoon character from Metro-Goldwyn-Mayer studio. This pretty dog has a droopy face, which is where his name comes from. Droopy speaks monotonously, moves very lethargically and slowly, but despite this, he always managed to outwit his enemies and beat an opponent twice his size. Droopy has a favorite phrase "I'm so happy", which he says smiling. The cartoon cursor for a mouse called Droopy I'm So Happy! 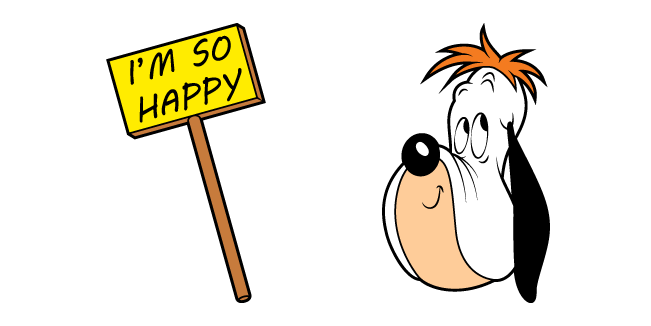 Cloudy with a Chance of Meatballs Barry Curseur