Zulius is a red-colored centaur who resembles a mix of a human and zebra in the Netflix series Centaurworld. He is short with a trimmed and muscular build and a dark complexion with rounded ears. The lower part of his body is similar to that of a zebra, white with black stripes accompanied by a tufted tail and one-toed hooves. His mane is styled as a mohawk, which is also striped with black and white. Centaurworld cursor pack with fanart Zulius cartoon cursor. 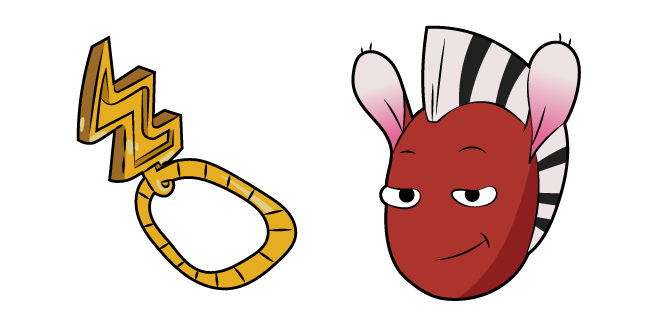