Stabby with the real name, Phillip J. Bonecrunch is a minor antagonist in season 1 of the Netflix cartoon series, Centaurworld, and later becomes a major supporting character in season 2. This appearance is from the second season, where Stabby is a baby-like self, drastically smaller and much more roundish and stubby in build compared to his more angular former look. His skin color is of olive green color. Centaurworld cursor pack with fanart Stabby cartoon cursor. 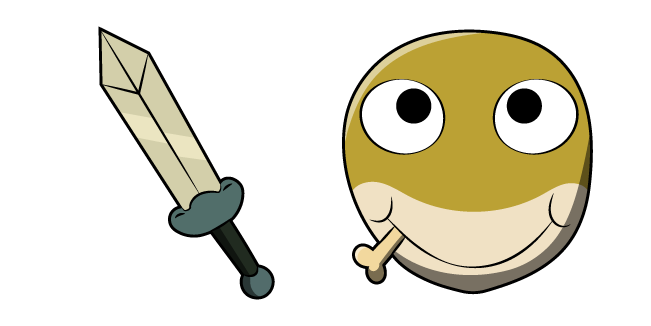