Firey in the adventure cartoon Battle for Dream Island is a male contestant who was the very first character in the entire object show community. Firey looks like a real fire with arms, legs, yellow and orange flames. Firey is a very sincere, understanding, rather forgetful, and dim-witted character who is afraid of water because he can be extinguished. The BFDI cursor and cartoon pointer with Firey! 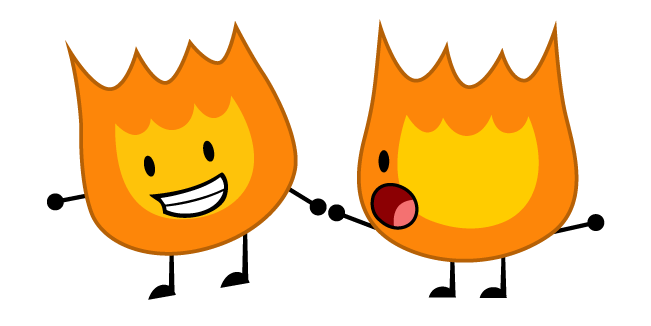