This anthropomorphic cartoon dog with black fur, red nose, white face, and paws is named Yakko Warner and he is the main character of the hilarious cartoon series Animaniacs. Yakko is the older brother of the Warner family, which is why he plays the role of leader and instigator of many ideas. He is a very sociable, persistent, optimistic, and witty guy who is determined in his actions. Yakko Warner also has a favorite hobby - playing a tennis ball tied to a racket. The Animaniacs cursor and cartoon pointer with Yakko Warner! 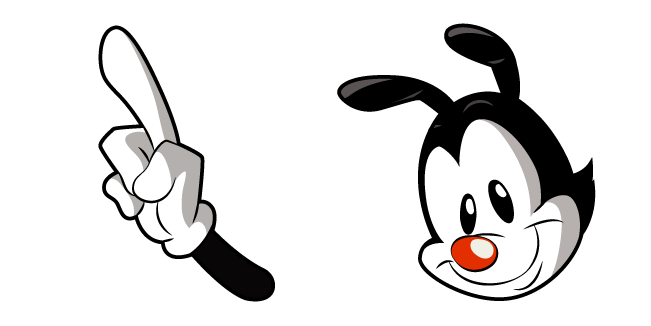 He-Man and the Masters of the Universe Skeletor Curseur