Rudolph Stieblitz is a student at Wagstaff School. He is more known as either Regular Sized Rudy or Rudy. He first appeared in Carpe Museum episode as Louise's assigned field trip buddy, then followed by The Unnatural, where he took part in Diamond Deuces's baseball camp along with Gene & The Pesto twins. Rudy has appeared regularly throughout Season 4 and onwards. Bob's Burgers cursor pack with fanart Regular Sized Rudy and Inhaler cartoon cursor. 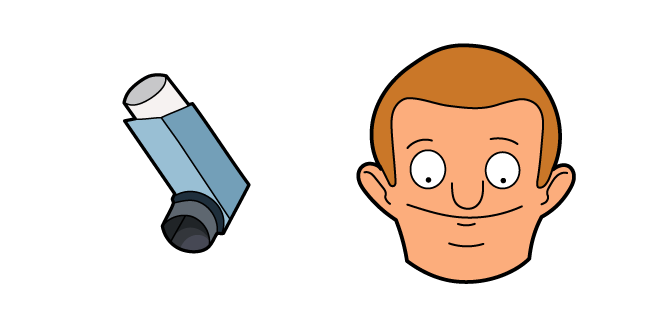