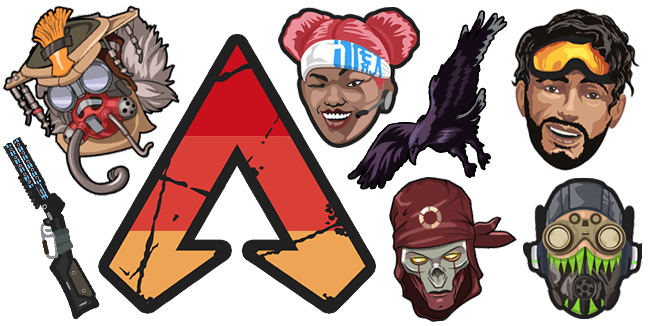 Apex Legends is a reasonably new game in the Battle Royale genre. It’s a potential rival to both Fortnite and PUBG games that are already extremely popular with games. This free-to-play first-person Battle Royale shooter was developed by the same team that built the Titanfall game and continues its story. Apex Legends is set 30 years after the events of Titanfall 2. It takes place in Outlands where both humans and robots are forced to battle it out for victory in the Apex Games. The most common place is Kings Canyon with the potential for other maps to be added.

Apex Legends has a number of different characters with their own special abilities. Current Legends characters are Bloodhound, Gibraltar, Caustic, Lifeline, Bangalore, Wraith, Pathfinder, Mirage, and Wattson. Those Legends have both a tactical and an ultimate move as well. Each Legend also has its own passive ability they can use it throughout the game. Creators of the game are monitoring how their characters are used and tweaking the performance of the characters to get a balanced and smooth game-play experience.