Meet Wraith and she is a playable Legend in the battle royale video game Apex Legends. She is also nicknamed Interdimensional Skirmisher due to being a mysterious escaped human experiment, touched by the void. Wraith is able to make swift attacks and manipulate spacetime by opening rifts in the fabric of reality. Wraith also has an heirloom - this is the Kunai knife, given to her by the Voidwalker Wraith during the escape. The Apex Legends cursor and game pointer with Wraith and Kunai! 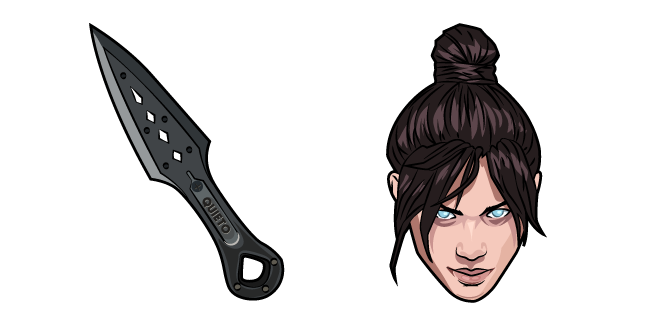