Shu Kurenai is a member of the Supreme Four and the runner-up of previous year's National Tournament, where he fought with his Storm Spryzen Knuckle Unite. In Beyblade Burst Evolution, he joined the American team, the Raging Bulls, where he has lose and then became Red Eye. After losing to Lui once again and revealing his identity as Red Eye, Shu created his new Spryzen Requiem 0 Zeta. Beyblade cursor with Shu Kurenai and Spryzen Requiem anime cursor pack. 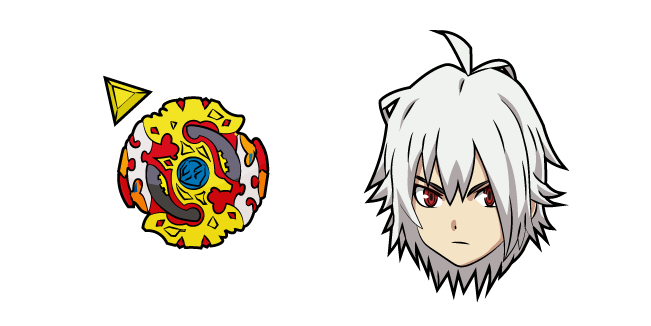