Cute Snail is a small animal, a mollusk, which everyone knows for its slow movement and a hiding place that the Snail carries on itself. Also, the Snail differs from others in that it has a pair of eyes on its head, which are located on the stalks. Cute little snails are found all over the world, but the largest number of a type lives in the tropical seas. It's interesting that in Egypt the snail symbolized eternity, its shell - frozen time, and later the snail became a symbol of modesty. The small mollusk in the form of the cute animal cursor for a mouse with Snail! 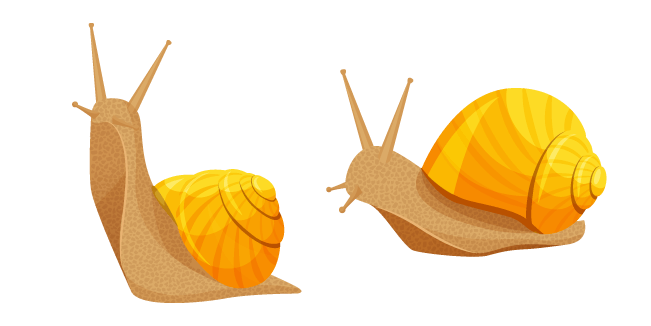