What is this pretty snake with yellow and black stripes? This is the Bungarus Candidus, better known as Malayan or Blue Krait, one of the types of poisonous snakes. Although the Bungarus Candidus is a small snake with a beautiful color, this doesn't prevent it from being one of the three most venomous snakes in the world. The Malayan Krait is known precisely for its super toxic poison, which is sixteen times more poisonous than a cobra's venom! The Blue Krait live near water sources, in tropical forests, meadows and are active mainly at night. The snake in the form of the animal cursor for a mouse with Bungarus Candidus! 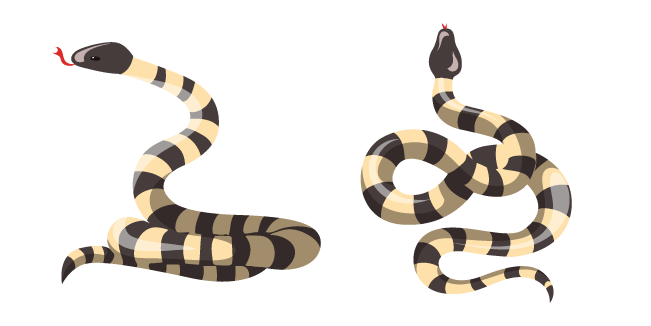